The Power of Networking – You Never Know…

Steve and I are keen networkers – we believe in the power of networking. In fact, many of our clients have come about through networking and I’d like to think that many of our fellow networkers have in turn gained many new clients thanks to us!

That’s the beauty of networking – the camaraderie and genuine desire to help your fellow networkers that exists. The thing is, what some don’t understand is that whilst this desire can be instantly realised, it can also be much more of a long-term thing…

What Goes Around, Comes Around…

I remember a fellow networker who, having made a connection with someone at a networking event two years earlier, suddenly found himself the beneficiary of a contract worth 5 figures thanks to that connection. It was, for him, a complete and unexpected bolt out of the blue, but testament to the fact that he networked well – he was friendly, approachable, respected and thankfully memorable – which meant that when able to make a referral, his connection was able to think of him instantly.

It must have been over two years since Steve last met this particular contact, though prior to that, he met her regularly and they often chatted about this and that, as you do at networking events (it’s not all business – it’s about getting to know somebody too). After the lady in question stopped attending the networking group that Steve usually saw her at, they pretty much lost touch.

Out of the blue, Steve received an email which copied in a friend of hers – the email advised of her friend’s need for some good quality marketing data. Delighted to be back in touch and grateful for the introduction, Steve replied to both in his usual jolly manner. I’m delighted to say that this introduction has turned into a new client who not only required data for her own business, but her network of connections, many of whom use marketing data, has also opened up to us now. 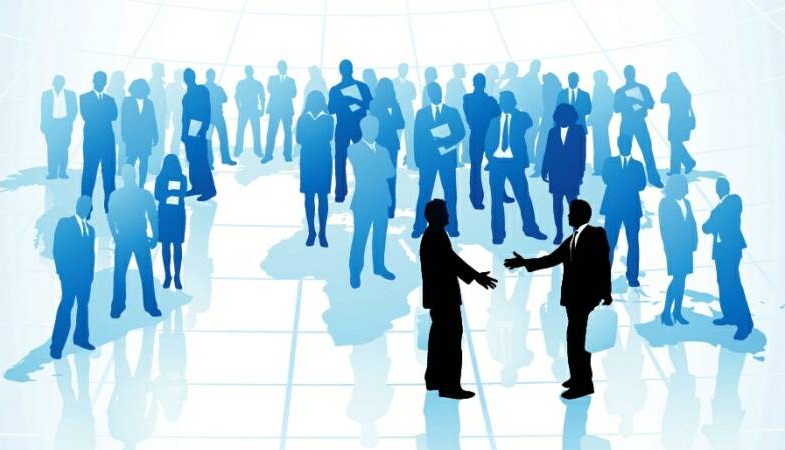 There is no secret to successful networking, really there isn’t. However, there are several things you can do when networking to give yourself the best chance of making it turn into business.

Firstly, imagine you’re the one wanting to buy something from someone. What attracts you to person A over person B? Does their smile lift you? Do they convey knowledge about their product? Are they approachable? Do they listen well? What do you know about them?

For me, to know somebody is the first step, following which I get to like them (hopefully) and eventually, trust them. Once I have these three things, they become more likely to win my business. Without any one of these, why would I buy from them?

We’re huge fans of reciprocal business at Data Bubble – let’s face it, people are more likely to assist you if you assist them. I quickly learned that if I passed a referral to somebody, then 9 times out of 10 they begin looking to see who they can pass to me. Back-scratching it may be, but it’s rarely fruitless, even when there’s no “direct” business done per se. You gain more contacts through this way and the more people you’re in touch with, the more people you can potentially reach.

I’ve heard too many times people say “I tried networking but there was nobody in the room for me to do business with”. How short sighted! You may well be unable to deal directly with everyone or indeed anyone in the room. However, what you don’t know is who they know – and how well they know them. One of the people in that room might just play golf with the MD of that company down the road you’ve been desperately trying to get into for years!

Sure, networking can be a long game – rarely does someone walk into a room and two hours later leave with 15 orders (though I have even seen this happen!) – but over time, the relationships you build can become valuable tools in your armoury when it comes to gaining new business. Sometimes it might even be a venture or two down the road from where you first met someone that they turn into actual business. The thing is, you never know, so make no assumptions.

So when networking, don’t walk up to someone and think “what can he / she do for me” – think “what can I do for him / her”. And take it from someone who’s been doing this for quite some time…networking works!

Business Networking – How Not to Network

Do You Fear Talking to Prospects?