It’s been a fantastic year for us here at Bubble Towers, so first things first, thank you to all our clients, prospects, suppliers, fellow networkers, colleagues and contacts for making this such a memorable year. We look forward to working with you all in 2016.

Joanne and Steve have Left the Building!

Since our suppliers close their offices over the Christmas to New Year period, so do we. Bubble Towers will thus be closed from 5.30pm on Wednesday 23 December until 9am on Monday 4 January. 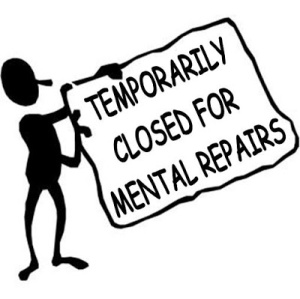 The Need for Down Time

No matter what anyone says, everyone needs time to recharge their batteries from time to time. It gives the body the chance to reboot and catch breath, plus gives the mind an opportunity to “defrag” and expel the junk that amasses in there.

Those who know us well will know that we are open for 51 weeks of the year, Christmas being our only holiday. That’s kind of industry driven, since all our suppliers close for this period, so even if someone wanted data, they’d not get in until January.

As you might expect, come December, we’re chomping at the bit to get that week’s relaxation and as such, we take it seriously. Phones, laptops, computers etc – all are switched off completely, so apologies if you are unsuccessful at attempting contact during this period. Not only do I hope you understand, I suggest that you do the same!

A Clayton Christmas is the Season to be Jolly

Christmas is a magical time of year – not only for children, but adults alike (or kidults, if you’re like us…LOL). A Clayton Christmas is definitely magical, albeit certainly different. People have their own traditions – family time, Christmas TV, prezzie opening etc – our tradition includes dog walking, buying each other silly presents and eating bizarre Christmas dinners.

Gifts between Steve and I in years gone past have included a dishcloth, a nodding monkey, an ear hair trimmer, a pound of lard inside a chip pan, plus a Skippy the Bush Kangaroo DVD (don’t ask!!). As for Christmas dinners, don’t mention pork pies or ping meals, please. And when Steve’s family came round one year, they weren’t expecting Spaghetti Bolognese. Steve’s dad grumbled all the way through dinner “where’s the cauliflower” and “I don’t like peppers” – all we could do was laugh! Well, we did warn them it wouldn’t be traditional! This year will be no different, I don’t doubt. A Clayton Christmas can be much akin to the Griswolds’ (National Lampoon), in its hilarity and unpredictability, though we like to think it keeps us young (at heart…) I expect randomness and alcohol in abundance, though I’m not sure which will be more abundant!

Well, all that’s left to say is thank you one and all for making this year so memorable. From Steve and I, have a very Merry Christmas and an even happier New Year!