This Thursday, after leaving the Direct Marketing Association (DMA) networking session at 8pm, we headed to our local pub for a relaxing drink. Having been providing companies data since 7am, we felt we’d deserved it.

The first pint, as is often the case, didn’t take long to consume, so Steve went to the bar for another. When he returned, besides having two drinks in his hands, he had a smile on his face – he had been approached at the bar by, in his own words, a “not unattractive” lady!!!

Apparently, the lady in question was in the pub with a group of her friends as they were holding their inaugural meeting, having formed a local pottery group. She was after inspiration for a name for their group (sorry, that may be a downer on how you were hoping the story was to develop and I dare say Steve was a little gutted to think he had “pulled”, only to find he was being tapped for help!!!) 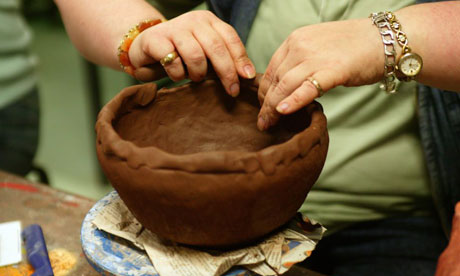 So…..we set about thinking up names. The crockpots, all fired up, glazing saddles……you get the gist! Anyway, after half an hour or so they had settled on a name and we went about our merry way, before we got embroiled in their next apparent task of deciding a strap line!!!!

That got me thinking – what makes companies decide on their name?

Some look to head up the alphabetical indexes by calling themselves “AAA” this or “Aardvark” that – fair enough – there is after all a clear business purpose for that. Nobody believes their name is Aardvark Smith, or that they’re in the business of selling native African Tubulidentata! Others describe in no uncertain terms what they’re about, such as many of the major league fast food chains, retail stores and the like. Some may seem a little more questionable, nevertheless most will have a meaning important to the founders.

So, my question to you is this – what does your company name mean to you and to your customers? What do you want it to say about you? Why did you choose that name? For those of you whose name might not be obvious to others, feel free to discuss it now, maybe enlighten those of us who have always wondered……